Begawan has been working for more than twenty years to preserve the Bali Starling and has undertaken a number of previous releases. In 2005 all Bali Starlings and their enclosures were transported to Nusa Penida for the first release programs. In 2006 and 2007, 65 Bali Starlings bred by Begawan were released. In 2010, we relocated all remaining captive birds and their enclosures to Sibang, a village near Ubud, to begin a new breeding program in preparation for a mainland Bali release. Between 2012 and 2014, 16 birds were released in Sibang.

In 2018, the decision was made to relocate the birds to their original breeding centre in Begawan, close to the main office and the Learning Centre. The community-based conservation program, now centred in Banjar Begawan in Melinggih Kelod Village, is open to guests, breeders and the local community. 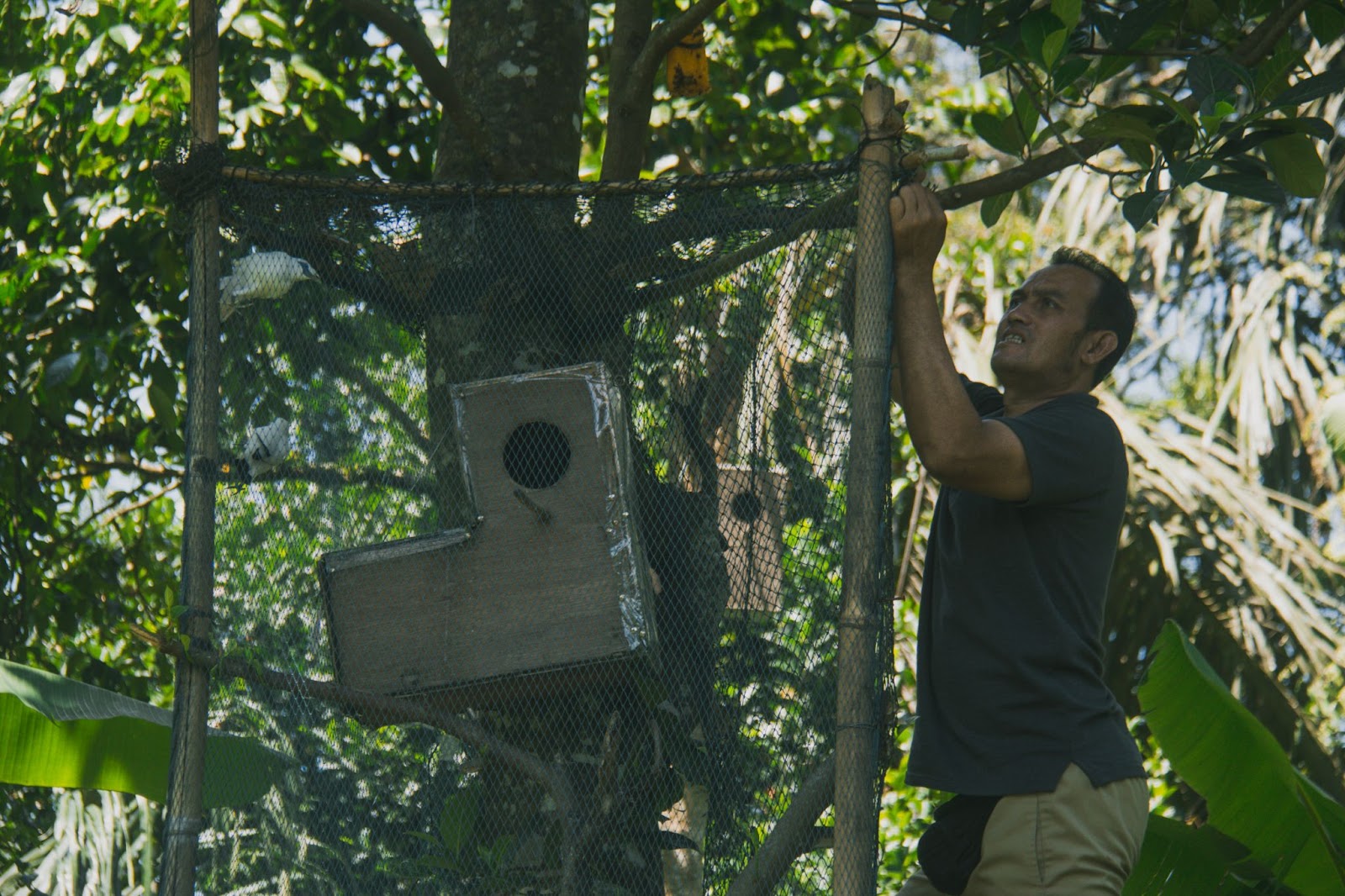 Begawan is now able to concentrate its Open Community Learning program in this one village. In 2021, the community arranged and released three breeding pairs of Bali Starlings from family compounds, in order to realise our goal to see Bali Starlings flying freely in the wild. Early in 2022, we released a further breeding pair at a community compound in Banjar Paneca, Melinggih Kelod, Payangan.

Prior to their release, our veterinarian, dr. Sugiarta, accompanied by our bird keeper, Kadek, installed a microchip in each bird’s body, for future identification purposes. 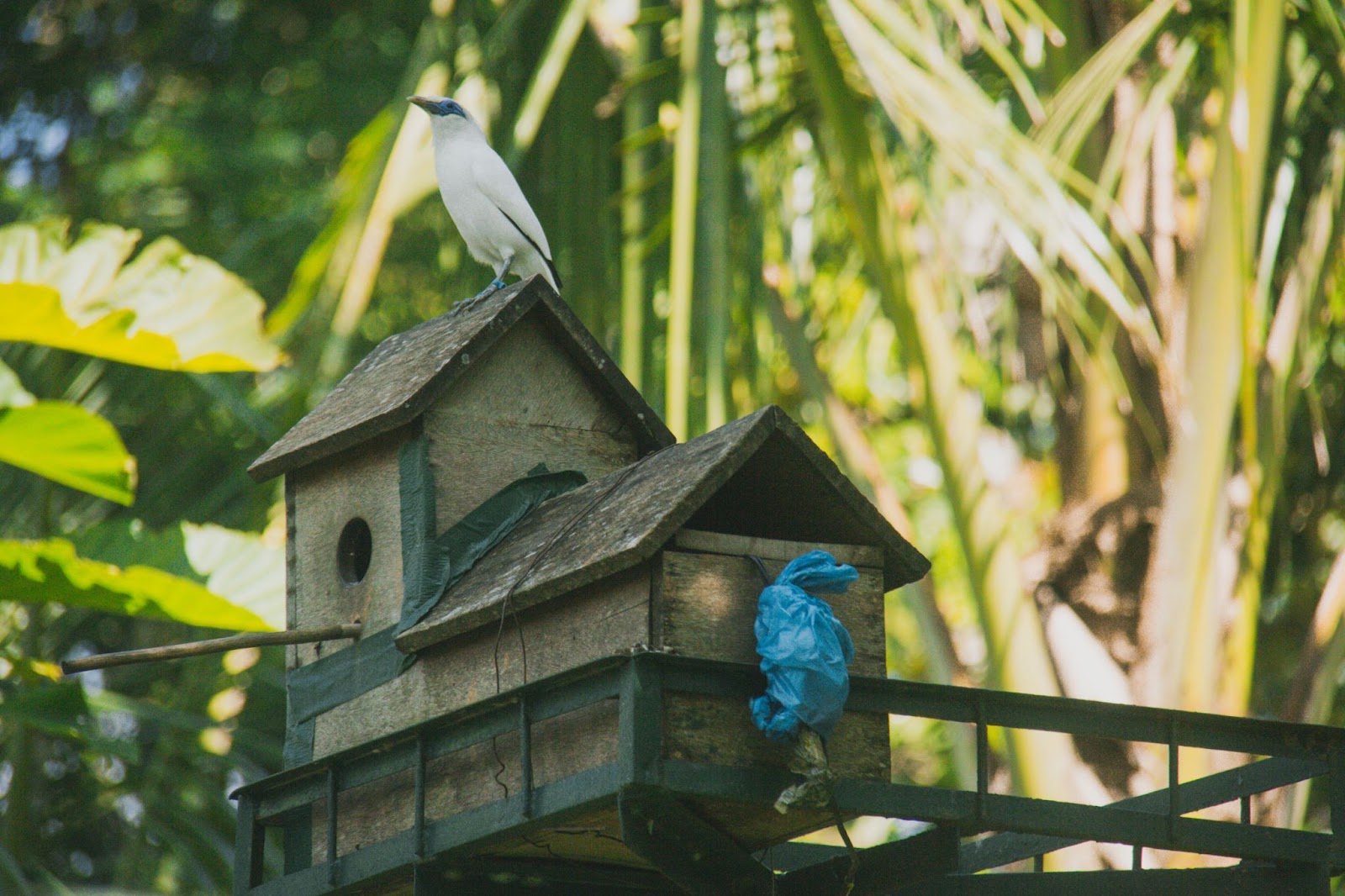 A net enclosure to habituate the pair to the location in Paneca was put in place in December 2021. The incursion of a snake into the net enclosure meant the loss of the male bird, and the need for the female to be returned to the breeding centre for the selection of a new partner. This new pair was returned to the release site, given time to adjust again to the location and then released. They now have settled into a nest box previously installed by the staff.

Once birds are released, the staff, guided by our veterinarian and bird keeper, routinely conduct monitoring to track the location of the birds.